Snow in late march (25th) is now how I picture the 5th day of spring!  Please review your calculations, wind direction, precipitation and temperature values and recalibrate!  I want sun!!

No.  You pollute my planet, just drop your Carbon emissions when you come in the door and don't bother to clean up after yourself?  You can deal with the effects yourself.

You know I love you, but sometimes, you and all your siblings just need to learn to clean up after yourselves!

P.S. I hope you are prepping for that crazy party in 2012!  With the way you guys are handling things - that party is definitely happening.  Just sayin! 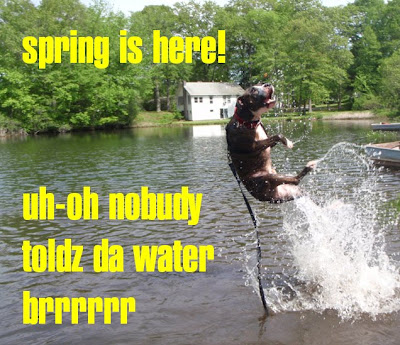 How do you know Brain & Behaviour (the first part) is one of the most painful 4 (ish) weeks at Penn Med?  Because I haven't written a new blog post in a whole month.

I usually use my blog and Facebook (mostly Facebook) as my procrastination tools against studying. I had so little time that I could only terrorize people on Facebook and not here.  Ah, good times.
But hey - that part of B&B is over.  And even my Spring Break is over now!  It's one of the few times I'm sad that a weekend has rolled around - because that means my fun times of sitting on my butt doing absolutely nothing for a whole week are over.  But such is life - just as the really painful and challenging parts of life pass with time, so do the good times.  Would be nice if you got to pick which pass and which don't though.
So what's happened in the last 4 weeks?
- Spring break just ended.  I decided to take it really easy and do nothing.  At. All.  Fyi - best decision ever.
- In ~3.5 weeks, we learned almost everything (anatomical) about the brain and spinal cord.  That means all the tracts in your spinal cord and brain that carries info up and down.  We learned about what most of the little bumps, lumps, and fissures in the brain represent.
- If there is a lesion in your brain / S.Cord that's causing symptoms, I should be able to tell you exactly where it is (like down to a 1x1x1 cm^3 region!)
- When I look at MRIs / CT scans.  I can actually identify stuff now!  I can't tell you what's WRONG or what's causing the issue per say (like what kind of tumor it is etc.), but I can say when something's not right!
So I basically went from this: 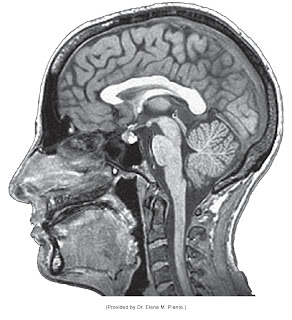 This is an MRI of a person's brain right?  Is that white stuff supposed to be in the middle?
To: 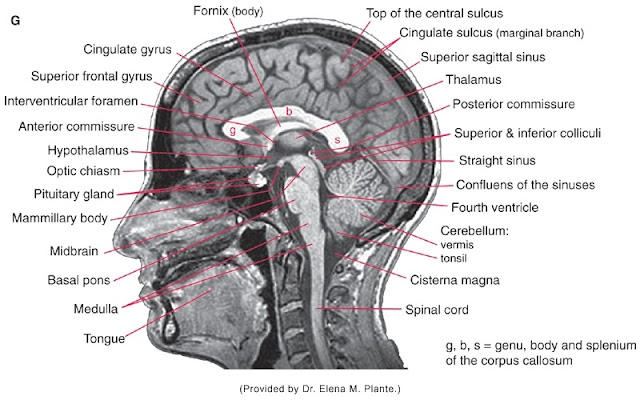 Being able to pick out each and every one of those structures.  And knowing what they all do and how they all connect.
And if I remember correctly, this was one of the easier MRI labeling pictures.  So when I say we learned a massive amount of information in those 3.5 weeks - I'm not kidding.
(Both images are from our Nolte's The Human Brain book - a really great resource for a class like this.  It was a required book, and it was highly recommended that everyone actually buy the required text book this time.  Because of some bad luck, I ended up not getting my hands on this book.  But that's a story for another day.  If I do well in B&B, it'll be a miracle)
Also, side note - you'd think that different people have "unique" brain structures right?  Apparently not.  Most people's brains are very, very similar in which parts do what (and their relative sizes!)  Actually - if your brain isn't like the "normal" brain, it usually means there's something wrong (and not in a good way).  But usually your brain can compensate for a few of the issues.  Really amazing stuff.
I did write up outlines for a couple of blog posts that are not related to academics.  I'll flesh them out and post them up as soon as I get to it!
Posted by Karthik at 10:56 PM No comments: