So what have I been up to since my last real post... It's interesting for me to look at this list and realize just how much happens in a med student's life in the span of a few months. This is in stark contrast to what I was accomplishing in my corporate life. I was definitely doing some awesome/fun things in my last life, but it was on a very different scale. I guess this is how I know I'm in the right place now?

Over the summer I worked with inner city high school kids. I was teaching "watered down" medical science. But the main goal was to convince them to go to college. It was such a fun gig... I only worked 4 days a week (half time too!) and I got to teach! It was sweet!  The best part about the whole thing? This is how my students see me: 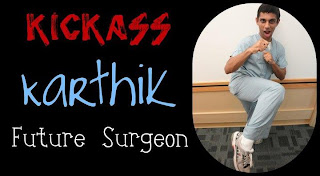 (the future surgeon part might be a bit of a stretch...)

2. My second year started! Each part of it sooo deserves it's own numbered bullet... As a side note - Penn Med is special - we start our clinics half way through our second year. So, starting Jan 3rd, 2012, I'll be in clinics! It seemed really close last year... and boy, it's a lot closer now!

This is one of our "tough 3" courses at Penn (the others are Brain & Behaviour, which we finished in January, and Renal - which comes right after cardiology).

And boy was it tough! For being a dumb pump, the heart is one complicated machine. Heart issues are also the #1 killer in America (and maybe the world, but I'm not sure about that statistic). It's difficult to describe, but a large part of my class absolutely loved cardiology (including me). As complicated as it is, if you really understand how the physiology works.... there's actually logic behind everything! (This is rare in medicine). Of course there are some things you just have to accept / memorize - but overall, it was so well run. There's a good chance this one course has pushed cardiology (mainly catheterization and electrophysiology) to the "top 5" things in medicine I'm considering.

Putting dermatology between Cardio and Renal was the (second) greatest idea they had at Penn. This was a much needed break. The weird thing is, Derm is one of the hardest residencies to get into because it is so competitive; yet our class on Dermatology is only 1 week long and is pretty straightforward (the mean on the exam is a 100). They just hit us with the most salient points and keep things very simple (which is nice once in a while)

Ouch. I want to go back to thinking about the kidney as a black box that makes pee. I'm thorougly impressed by the amount of things a kidney does. It was pretty painful trying to learn all the things the kidney does (and the different ways the kidney does it), but at the same time - I'm so happy I've got not one, but two kidneys.

(btw, this is the third of the 3 hard courses at Penn).


5.5: Fall break!! This is the best idea they've had at Penn Med. They gave us a couple of days off after Renal. What did me (and 6 others) decide to do?

We went to the Bahamas.

It was pretty epic! Definitely needed that. 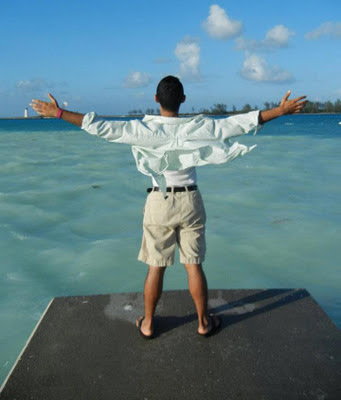 This is our last honors/pass/fail class before we head to clinics (we've got a microbiology review class and a class on differential diagnosis before January, but those are pass/fail). It's supposed to be easier than what we've been going through so far... I really hope it's true. For some reason, I'm just so burnt out after cardio and renal. It's also that I'm ready to hit clinics. I'm having a very difficult time motivating myself to study. If this continues, the Pulm exam will not end well for me. Here's hoping I can concentrate over thanksgiving break. If not, I'll definitely be screwed 2 weeks from Monday.

On the one hand, I can't wait, but on the other hand... I'm mortified. I've learned a lot int he last year and a half, but I've got so much left to learn. And now it's time to learn while doing. Which is kind of scary. (Who am I kidding, it's madness, but it seemed to have worked for everyone else who's gone ahead of me...)

I've always been a big fan of the quote "courage is not the absence of fear, but rather the judgement that something else is more important than fear". This is the best picture I could find to describe it (and double points because it's a harry potter reference)

But in reality... this is a more accurate picture of how I feel: Signing off. Hoping to make another post around Turkey time.
Posted by Karthik at 11:50 PM